My doom band, QAALM, has just released their first demo. Recorded, mixed, and mastered by Dark Vision Media. I also played synths on the song.

EDIT: Now up on Reverb.com: https://reverb.com/item/21818821-blue-hummingbird-microphone-pair

Mint condition, barely used. They sound clear and detailed, but are just too bright for my room and the kind of music I record. $400 + shipping. I’ll stick ‘em on Reverb in a couple days if there are no bites.

I’ve spent the last week recording with a new band that I am playing keys/synths in, Qaalm.

Here are some pics from our session:

UPDATE: All gone, thanks for playing!

All prices in USD.

Will ship worldwide. Buyer pays shipping. I accept PayPal (we will split the fees evenly).
Questions? Interest? Contact me!

Once settled in LA, which was deep drought at the time, I wrote “Sunset Hangover.” After growing up in lush, upstate NY and Miami, the absence of water hit me harder than expected. I was conflicted about the need for wheels after walking everywhere in NYC. This music video was shot in Santa Ynez, CA, where I live now. It features my anti-fracking, water warrior friend, David Braun who I met in 2011 after watching the HBO documentary, GASLAND.

This time I’ve moved the blog off of Tumblr and back here with WordPress. I hope to get more into writing about music/mixing stuff I’ve been involved in as well as the game development I’ve started to do is year. Should be fun. 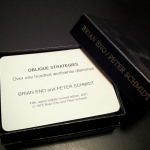 Hey welcome to the new Dark Vision Media (.com!) website. I’m phasing out the old darkvisionmedia.org address for this one (.org will forward here for the next year or so until the domain expires).

This site is for all the mixing, remixing, production, and synth/sound work I’m involved in. Check out my credits to date, or contact me for information on rates and availability: 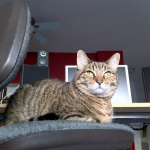 Errr, you’re sitting where I need to mix. 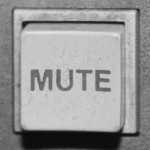 Sometimes it’s for the best.